We have been a trading software development and education company since the 1970s under the name Walter Bressert, ProfitTrader, and CycleTraderPro. Since the later 1990's the company was co-owned and co-operated under Walter's son, Jerome Bressert. 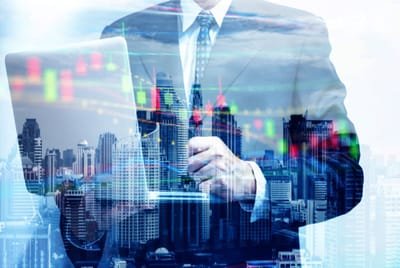 The company-wide vision has continued to create trading indicators to show market momentum & reversals better than most other indicators. Create trading models to help traders understand what pattern the market may be in at the time. To design trading apps to help traders save money entering positions. Then make the trading apps be able to automatically handle orders after entry and add value for each trade from start to finish with personal trade data. We display customers' significant trade data with the Alpha apps that one would not expect from others apps but will have with the Alpha Hunters' apps.

Bottom line - To build better trading indicators to see market momentum & reversals  better than most other indicators. Design trade models to understand what the market may be doing at the time. What pattern is may be in so you feel you have more control on the trade. Plus provide trading apps to help put more money back in your pocket on trade entry and exit.

Thank you for being here!

According to Investopedia - the term Alpha refers to the following:Alpha (α) is a term used in investing to describe an investment strategy's ability to beat the market, or its "edge." Alpha is thus also often referred to as “excess return” or “abnormal rate of return,” which refers to the idea that markets are efficient, and so there is no way to systematically earn returns that exceed the broad market as a whole. Alpha is often used in conjunction with beta (the Greek letter β), which measures the broad market's overall volatility or risk, known as systematic market risk.

Alpha is used in finance as a measure of performance, indicating when a strategy, trader, or portfolio manager has managed to beat the market return over some period. Alpha, often considered the active return on an investment, gauges the performance of an investment against a market index or benchmark that is considered to represent the market’s movement as a whole.

The excess return of an investment relative to the return of a benchmark index is the investment’s alpha. Alpha may be positive or negative and is the result of active investing. Beta, on the other hand, can be earned through passive index investing.

Futures, Options on Futures and Forex trading involves a substantial degree of risk of loss and is not suitable for all individuals. An investor could lose the entire investment or, in some cases, more than the initial investment. Past performance is not necessarily indicative of future results.